The End of The Punisher Arc 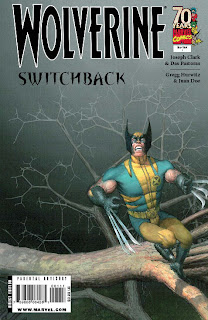 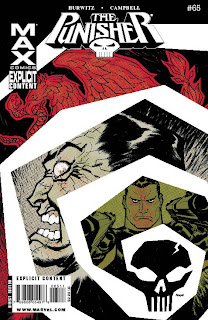 The final book of my Punisher arc, JIGSAW, came out yesterday. I had more fun writing this story than anything I've yet done in comics. It will be collected in a trade shortly, I'd assume.

Look next for a short comedic Wolverine piece I did in SWITCHBACK, coming out Jan 7.
Posted by GreggHurwitz.net at 7:53 AM 2 comments: 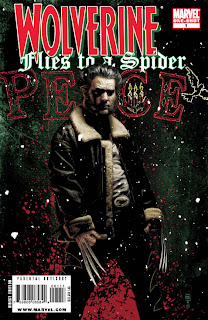 Ring in the new year with some mutant violence. 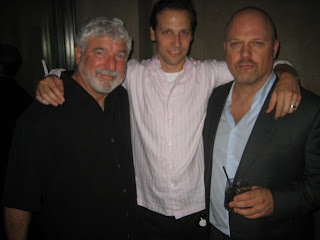 All in all, it was a remarkable night capping one of the most remarkable shows in the history of television. Congrats to all the cast and crew for what they accomplished here.
Posted by GreggHurwitz.net at 1:12 PM 8 comments:

I've long maintained that writing—for those of us who really write—isn't a hobby or a love or a job, but a compulsion. I came across Foote's quotation today, and I was trying to think what it would be like to live WITHOUT writing. I'd make it a few weeks, I think, and then my head would explode. I suppose there's a certain illness or instability in someone who requires eight to ten hours a day of sublimation to maintain a sense of purpose, but hell, I guess you dance with the one who brung you.

So much of a writer's life is filtered through a narrative lens. Most every exchange, event, subtlety raises questions: Can I use that? How could I tweak that in a plot to evoke the same sentiment? Can I mirror that language for a character? It's distracting, yes, and sets one at a certain remove from life at times, but it's also a lot of goddamned fun. Sort of like playing a game in your head your whole life.

So Foote's line seems particularly apt, since for some of us, there doesn't seem to be any other way TO live.
Posted by GreggHurwitz.net at 2:03 PM 1 comment:

This Says It All

I thought this quotation, from the cover of this month's Vanity Fair, appropriate for a writer's blog:

Or, as I've often remarked about Los Angeles: "I meet a lot of people who want to be writers. I meet very few who actually want to write."
Posted by GreggHurwitz.net at 8:30 AM 1 comment: