The Times They Are A-Changin'

Would you have flunked eighth grade in 1895?
Posted by GreggHurwitz.net at 8:43 AM 1 comment:

A Tale of Book Savagery

Check out Bookreporter.com for a holiday tale involved me, my sister, Michael Connelly's The Black Echo, and that dumb-ass, Sandy.
Posted by GreggHurwitz.net at 2:07 PM 4 comments:

A Fistful Of, uh, uh, Asskicking 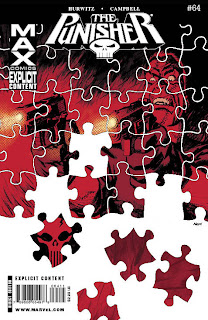 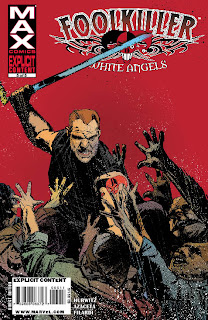 And the fourth Punisher of my run - perhaps my favorite cover, by artist and devil pig, the Good Reverend David Cornelius Johnson.
Posted by GreggHurwitz.net at 9:31 AM 1 comment:

Thank you Charlotte Bailey of The Telegraph, UK.

What's your most irritating phrase? Mine is probably the oft-misused "Hopefully."

A top 10 of irritating expressions has been compiled by researchers at Oxford University.

BBC Radio 4 presenter John Humphreys described the phrase 'I personally' as the linguistic equivalent of having chips with rice Photo: MARTIN BEDDALL

The phrases appear in Jeremy Butterfield's Damp Squid, named after the mistake of confusing a squid with a squib Photo: Oxford University Press

Heading the list was the expression 'at the end of the day', which was followed in second place by the phrase 'fairly unique'.

The tautological statement "I personally" made third place – an expression that BBC Radio 4 presenter John Humphreys has described as "the linguistic equivalent of having chips with rice."

Also making the top 10 is the grammatically incorrect "shouldn't of", instead of "shouldn't have".

The phrases appear in a book called Damp Squid, named after the mistake of confusing a squid with a squib, a type of firework.

The researchers who compiled the list monitor the use of phrases in a database called the Oxford University Corpus, which comprises books, papers, magazines, broadcast, the internet and other sources.

The database alerts them to new words and phrases and can tell them which expressions are disappearing. It also shows how words are being misused.

As well as the above expressions, the book's author Jeremy Butterfield says that many annoyingly over-used expressions actually began as office lingo, such as 24/7 and "synergy".

Other phrases to irritate people are "literally" and "ironically", when they are used out of context.

Mr Butterfield said: "We grow tired of anything that is repeated too often – an anecdote, a joke, a mannerism – and the same seems to happen with some language."

The top ten most irritating phrases:

5 - With all due respect

Posted by GreggHurwitz.net at 7:48 AM 3 comments: